Listen on spotify, apple music, youtube, amazon or wherever else you stream music. Scroll below for lyrics and notes on the songs. 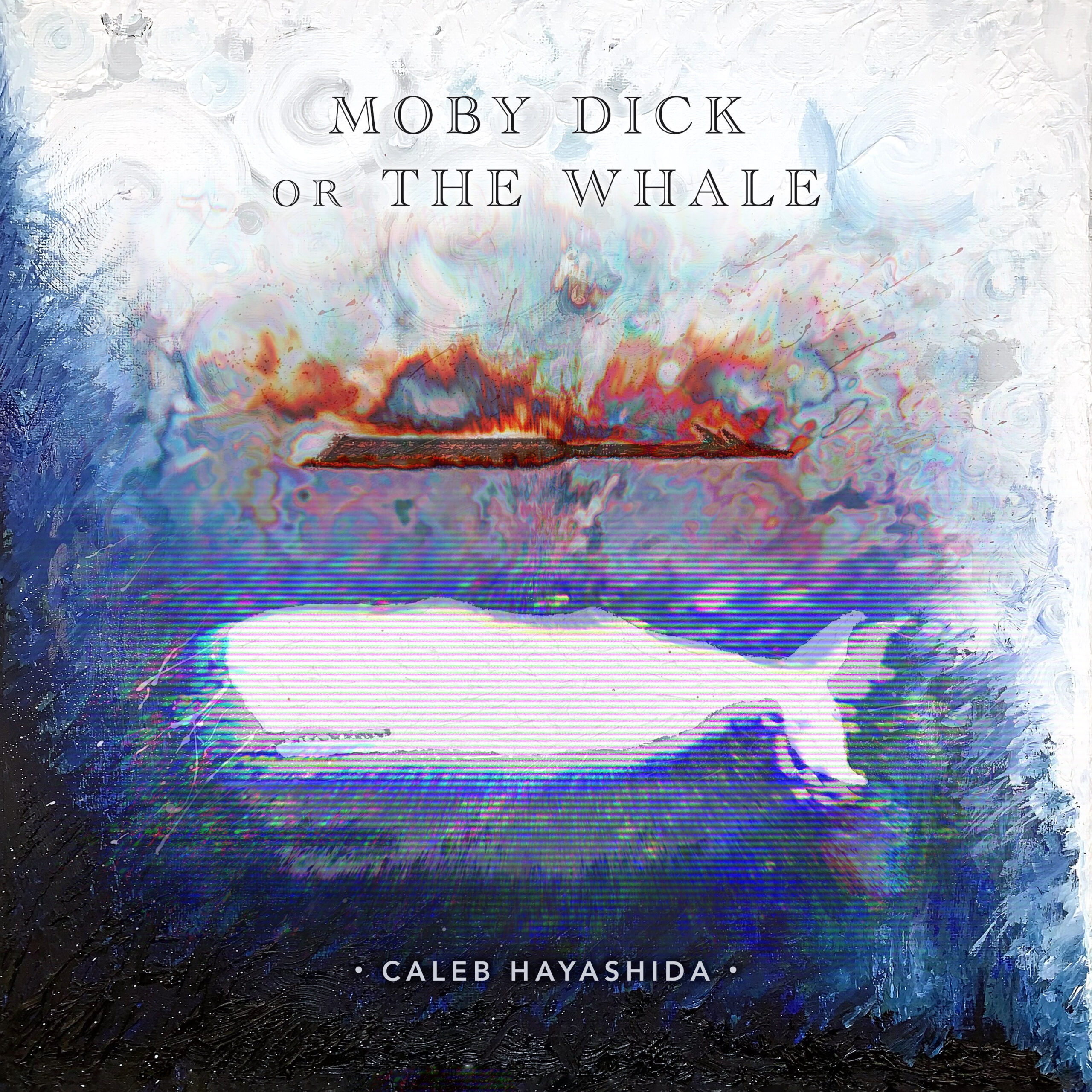 This is the first song I wrote for the album. It’s a poem by John Maesfield that doesn’t specifically have to do with Moby Dick, but I feel like it really captures a lot of the spirit of the first chapter of Moby Dick and it has just been one of my favorite poems for a long time.

I must go down to the seas again, to the lonely sea and the sky,
And all I ask is a tall ship and a star to steer her by;
And the wheel’s kick and the wind’s song and the white sail’s shaking,
And a grey mist on the sea’s face, and a grey dawn breaking.

I must go down to the seas again, for the call of the running tide
Is a wild call and a clear call that may not be denied;
And all I ask is a windy day with the white clouds flying,
And the flung spray and the blown spume, and the sea-gulls crying.

I must go down to the seas again…

I must go down to the seas again, to the vagrant gypsy life,
To the gull’s way and the whale’s way where the wind’s like a whetted knife;
And all I ask is a merry yarn from a laughing fellow-rover,
And quiet sleep and a sweet dream when the long trick’s over.

This song is taken from the first part of Chapter 3 “The Spouter-Inn” where Ishmael muses over a painting in the hall of the Spouter Inn that is so smoky and grimy and dim that you can’t tell what it’s meant to depict. This song uses both polyrhythm and polymeter to give a rhythmic sense of being slightly unmoored and confused; in the middle of the song you have a 5/4 over 3/4 polymeter and a 2 over 3 polyrhythm (marimba and drums are the 5, piano is the 3, singing is the 2) so that you get the feeling that you can’t quite tell which is the main beat of the song, just as Ishmael is unsure of the meaning of the painting. As noted later, 5/4 is also used to represent the character of Ahab throughout the album and this song ties into much of the inner turmoil that Ahab experiences throughout the book

This song features a passage from Chapter 23 “The Lee Shore,” one of the shortest chapters in the book. In this album as a whole I have tried to represent the monotony of being on multi-year voyages (one musical device I employ towards this attempt is rooting every song in A minor), and in this song explore the potential of such isolation to push people to ‘surrender to a hypo(chondria)’ as Ishmael puts it, that is, an overly melancholic and introspective mood. At the end we have a slower more meandering melody in 5/4 tying into the theme of inner turmoil explored throughout the album.

Wonderfullest things are ever the unmentionable; deep memories yield no epitaphs; But as in landlessness alone resides highest truth, shoreless, indefinite as God—so, better is it to perish in that howling infinite, than be ingloriously dashed upon the lee, even if that were safety! For worm-like, then, oh! who would craven crawl to land! Terrors of the terrible! Is all this agony so vain? Up from the spray of thy ocean-perishing—straight up, leaps thy apotheosis!

This is an introduction of the next song and is taken from Chapter 28 “Ahab.” Here we meet one of the central characters of the book, probably the most famous character from Moby Dick.

As I mounted to the deck at the call of the forenoon watch, so soon as I leveled my glance towards the taffrail, foreboding shivers ran over me. Reality outran apprehension; Captain Ahab stood upon his quarter-deck. He looked like a man cut away from the stake, when the fire has overrunningly wasted all the limbs without consuming them, or taking away one particle from their compacted aged robustness. His whole high, broad form, seemed made of solid bronze, and shaped in an unalterable mould, like Cellini’s cast Perseus. Captain Ahab stood, looking straight out beyond the ship’s ever-pitching prow. There was an infinity of firmest fortitude, a determinate, unsurrenderable wilfulness, in the fixed and fearless, forward dedication of that glance. Not a word he spoke; but moody stricken Ahab stood before them with a crucifixion in his face; in all the nameless regal overbearing dignity of some mighty woe.

A Kahn of the plank a king of the sea
A great lord of the leviathans was he
All hail, all rise

This song explores the character of Ahab from his perspective. I use the musical device of 5/4 time in this song to represent Ahab in the verses, a time signature that has a slightly off kilter 4/4 feel that I think simulates Ahabs imbalanced stride due to his whalebone leg (taken by Moby Dick).

Fate, Ahab, or God
It matters not
To my dying breath I’ll chase yours

I will rage, rage against the dying of the light
This old man won’t go down without a fight
I am bound to chase him down
‘Round the Norway maelstrom

I will hound him through perdition’s flames

A Kahn of the plank a king of the sea
A great lord of the leviathans was he
All hail, all rise

Fate, Ahab, or God
It matters not
To my dying breath I’ll chase yours

I will rage, rage against the dying of the light
This old man won’t go down without a fight
I am bound to chase him down
‘Round the Norway maelstrom

I will hound him through perdition’s flames

The Whiteness of the Whale

I use the time signature of 7/4 to represent the whale across the album and in this song focus on exploring various metric emphases of 7/4. It is taken from chapter 42 of the same title as the song, and at the beginning of the chapter Ishmael states that this is probably the most important chapter of the book. This chapter is placed in the middle of the book so I placed this song in the middle of the album, giving a roughly chiasmic structure to the record. The chapter is entirely a contemplation of the color of white and how it is both representative of purity and majesty but also terror and death. Musically I oscillate between A minor and A major trying to create a musical ambience of not being sure whether you should be feeling terror or joy.

Sailors stereotypically like their alcohol. The line at the end is an old British Naval toast.

I like whiskey, I like her a lot
Maybe just a little too much more often than not
I’ve tried to keep her in line
But I just keep swallowing
Her sweet little lies

So raise, raise a glass
For your lasses, your loves
Pour, pour a round
Drink it down
For your gals

So raise, raise a glass
For your lasses, your loves
Pour, pour a round
Drink it down
For your gals

So raise one last glass
For your lasses, your loves
Pour one last round
Drink it down
For your gals

Build Me a Coffin

This song explores another main character in the book Queequeg and is taken from Chapter 110 “Queequeg in His Coffin.”

This song explores the character Starbuck, the first mate of the Pequod, who talks about how he misses his wife and son. It’s an exploration of some of the feelings that I imagine a sailor with a family might have being out on such long work trips, and the nature of love and marriage within that context.

Till they’re worn smooth
I choose you

I will rain my rage on that whale

I will rain my rage on that whale

If the gods think to speak outright to man, they will honorably speak outright; not shake their heads, and give an old wives’ darkling hint. Ahab stands alone among the millions of the peopled earth, nor gods nor men his neighbors! Sing out for every spout, though he spout ten times a second!

Breath your last breath
I am your death

From all your furthest bounds, pour ye now in, ye bold billows of my whole foregone life. Towards thee I roll, thou all-destroying but unconquering whale; to the last I grapple with thee; from hell’s heart I stab at thee; for hate’s sake I spit my last breath at thee.

I think this song speaks for itself.

If you like what you hear and want to help me keep making music, leave me a tip. Or buy me a beer. Or just drop me an encouraging note (use the google wallet email below).